The exhibition "After Forever" in the Aranya Art Center is internationally known as Anselm Reyle's first solo museum exhibition in China. This major exhibition features 24 works including a selection of works on canvas and tinfoil, glazed ceramic sculptures, and large site-specific installation representative of Reyle's work spanning the past 20 years. 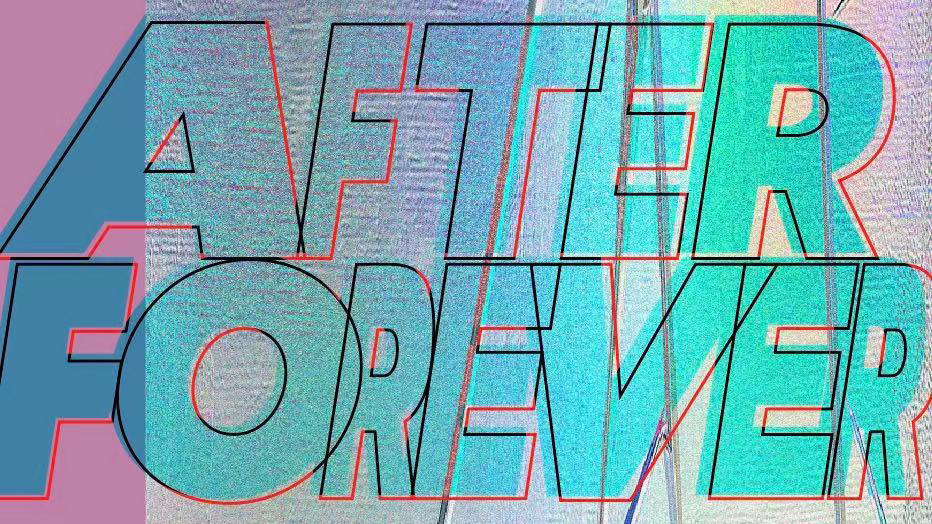 Anselm Reyle, born in 1970, is one of Germanys leading contemporary artist. Shortly after graduating from the Staatliche Akademie der Bildenen Künste Karlsruhe in 1997, he moved to Berlin. He is acquainted for his large-scale, ultra-refined abstract paintings, sculptures and elaborate installations with neon elements, which emanate Pop Art. Reyle took an early interest in landscape design and music before finally settling on painting and sculpture. He was inspired by 1960s psychedelia and especially the Day-Glo hard edge agitprop look of graphic design in early punk movement. His works are made of striking memorability; he produces large scale abstract paintings and recognizable sculptures, which certainly resemble with the once of Hans Arp or Henry Moore, echoing the curvilinear organic shape with an open center. Reyle frequently make use of abstract shapes, artificial color and unconventional materials, such as silver foil, straw bails, mylar of shop windows; he involves useless residues from our civilization, such as metallic material, like car parts, shattered computer equipment or glass elements in his art works, and paints, amongst others, with acrylic pastes and car lacquers. He predominantly produces works with highly reflective surfaces, supported by vivid and flashy coloring, often resulting in literally glowing creations with neon lights or pulsating LED’s, sometimes framing his work in Plexiglas boxes. He employs rather jarring colors combinations and his stripes also bear wildly varied textures, including silver foil and glittering black sandpaper, that hardly conform to the Color Field style. Riffing on postwar abstraction, he pokes fun at formalist conceits, as in his meticulously executed vertical stripe paintings. Reyle critically reflects not only upon the prevailing codes of taste but also the, sometimes utopian, ideals of Modern abstraction, creating something like a fun house atmosphere. 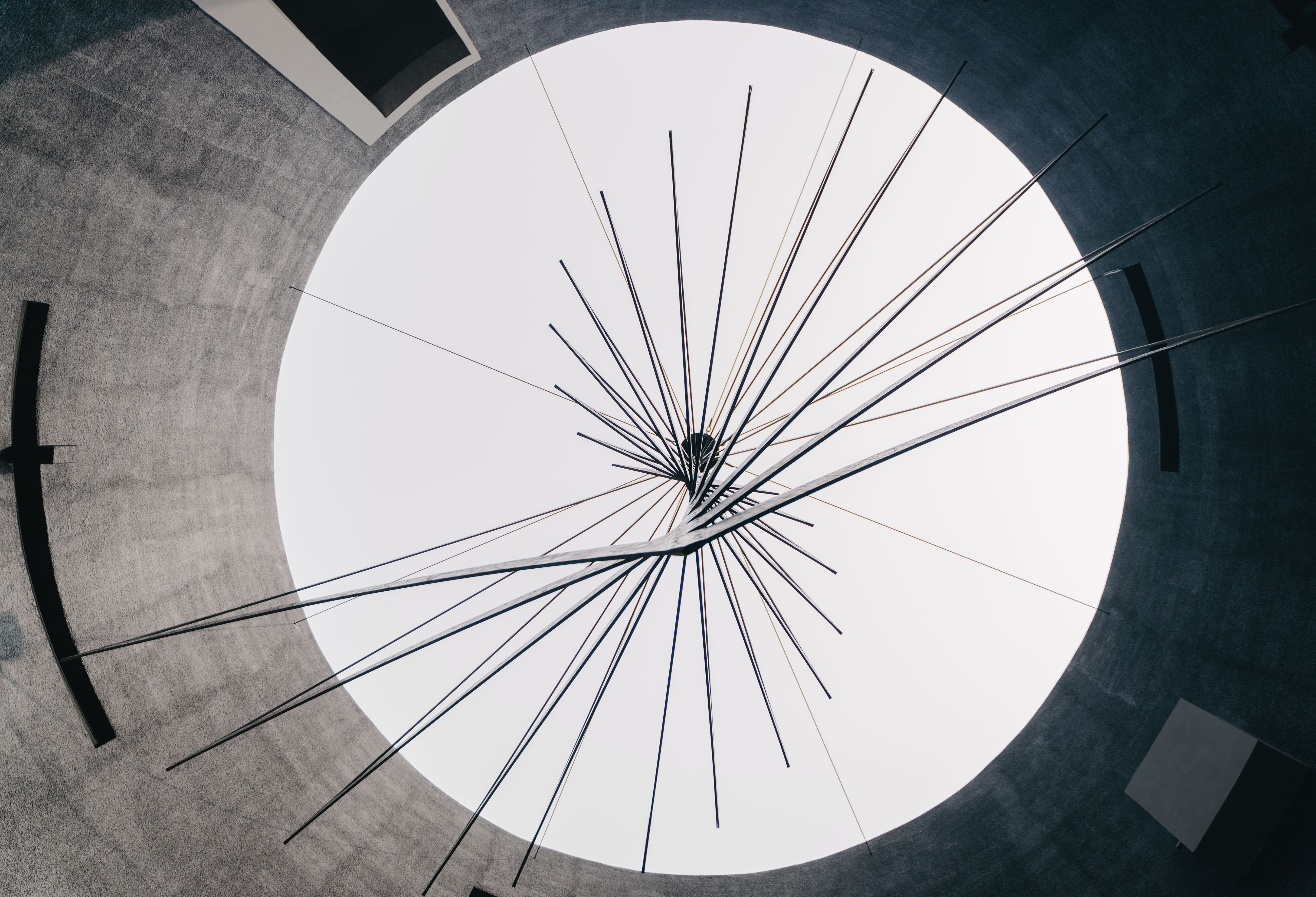 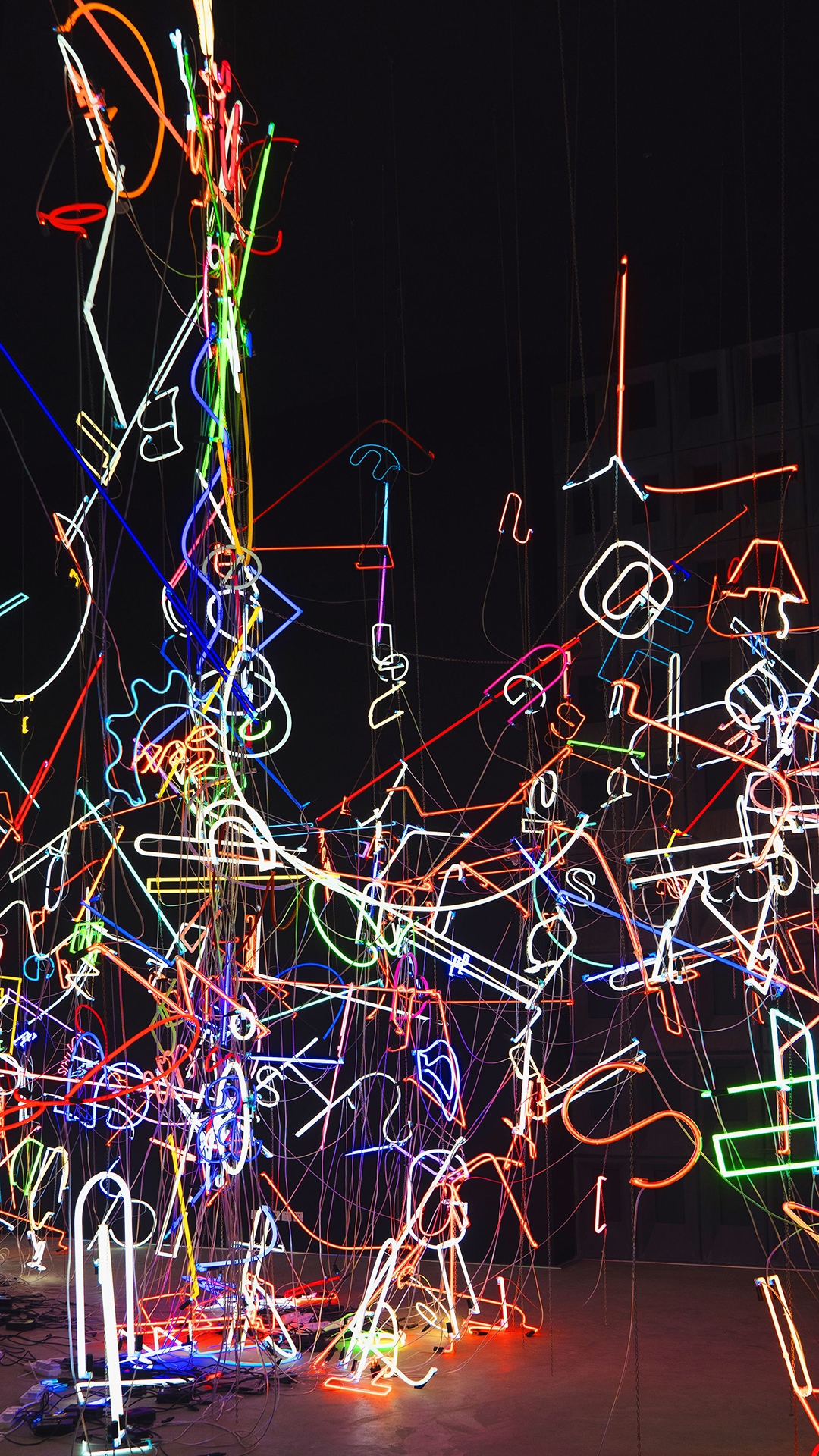 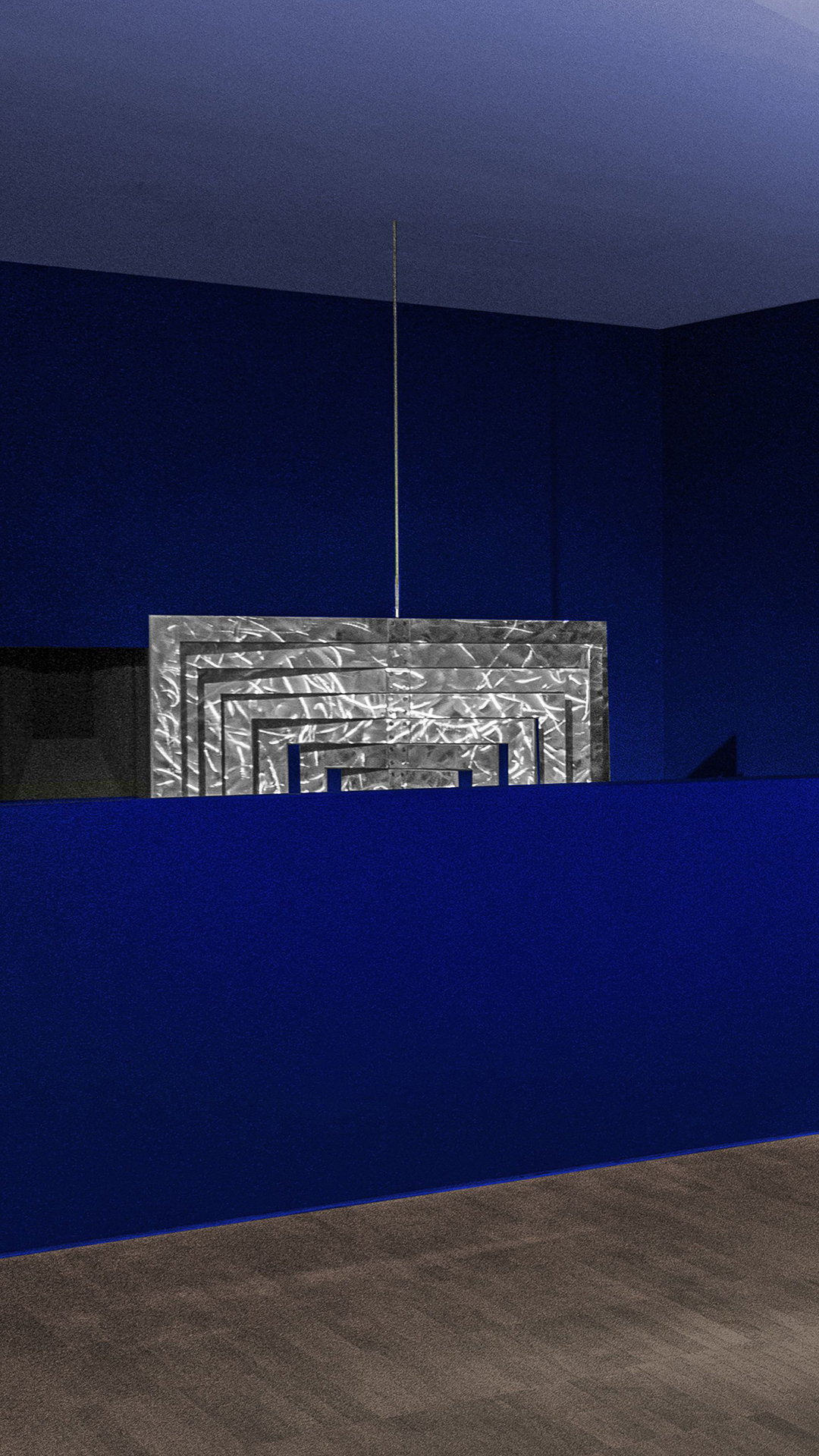