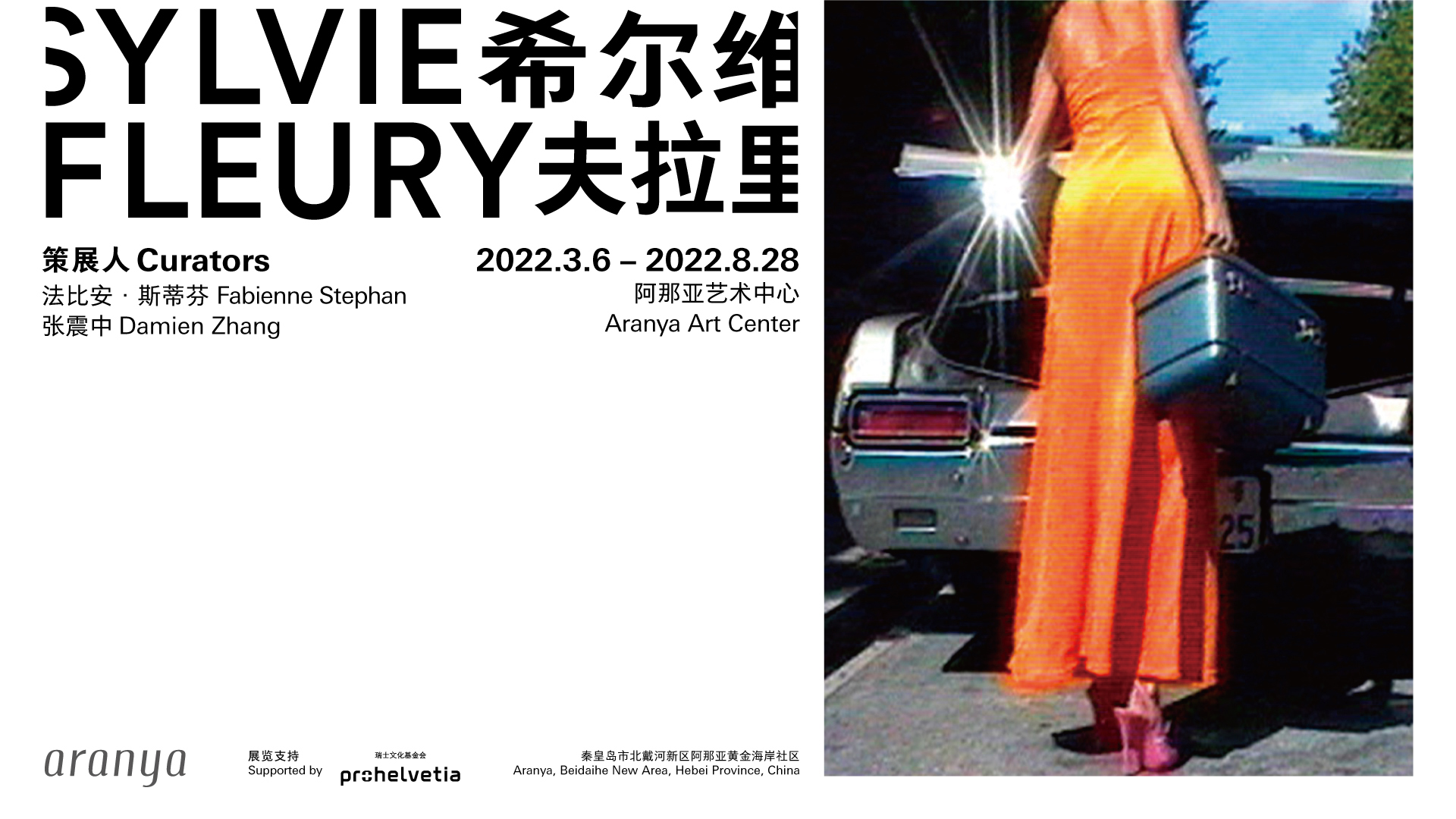 Aranya Art Center is pleased to present the first major institutional exhibition of the renowned Swiss artist Sylvie Fleury in China. The exhibition brings together nearly thirty artworks that exemplify Fleury’s prolific and diverse artistic practice across a variety of mediums, spanning over three decades. The exhibition opened to the public on March 6 and is now extended through August 28, 2022.

‍
Since the 1990s, Fleury has appropriated forms and languages of the luxury, fashion, and beauty industries in a style reminiscent of Pop Art and a manner both subversive and fun. Whether through the neon installations such as Modern Muse (2022) and Ô (2022), referencing existing fragrance products, or in the sculpture Chanel Shopping Bag (2008), which the artist herself coined as a “Warholian time capsule,” Fleury raises sharp questions about consumerism, capitalism, superficiality, and fetishism.

‍
Instead of presenting a survey of Fleury’s artistic path in chronological order or under thematics, the exhibition lends itself to the systems of attraction inherent to retail. Works in each gallery are gathered to form an aesthetic coherence, to visually seduce the viewer. Art is an object of desire; an art institution, as an exhibition venue, is the “window display” of the circulation and exchange of objects and capital in the art world. Hence, Fleury’s site-specific approach could often be read as institutional critique—particularly here, since the building housing Aranya Art Center was initially designed to receive designer shops and concept stores.

‍
Fleury’s works shine, but they do much more than simply attract; they revitalize fundamental conversations on art and are deeply embedded in art history. When Fleury magnifies makeup compacts at exaggerated scales to create paintings with a sculptural quality, these paintings, in turn, become abstract geometrical shapes. Oscillating between figuration and abstraction, Fleury’s works address questions of dimensionality and materiality in contemporary painting. In addition, Fleury’s use of original Formula One dress in Formula One Dress (1999) and locally sourced shoes and carpet in Untitled (2022) are testaments to the lineage of the readymade, a term first used by the French artist Marcel Duchamp at the beginning of the twentieth century. Fleury’s oeuvre is a loaded reference system, involving especially art movements that typically championed white male artists, such as Op Art and Minimalism. From Victor Vasarely’s optical illusions to Robert Gober’s leg sculptures, from Daniel Buren’s stripes to Donald Judd’s stacks, Fleury takes a decidedly feminist approach to her references. She “injects her yin into the yang” and renegotiates the politics of gender representation and writing in the history of modern and contemporary art. It is particularly interesting to see how Fleury targeted such “less-sellable” art genres that were initially unpopular but ultimately recuperated by the market, making auction headlines as a result. At first glance, her pop appropriation and minimalist aesthetics seem to contradict one another. As one ponders, they together offer a deeper look at the rules and laws of capitalist society.

‍
Many call Fleury a “punk feminist.” The artist herself claimed that “it seems impossible to be an artist in today’s world without being a feminist.” In works such as Walking on Carl Andre (1997) and Drastic Makeup (2007), she turns the destruction of a fetishized object into something “inherently aesthetic and erotic.” However, in addition to punk negation, Fleury is an affirmative punk feminist. She seeks pleasure in driving and shopping. Her works are characterized by a controlled tension, a silent violence, but also an immense celebration of life. As cultural theorist Sut Jhally writes, “there is a moment in the objectification process that must be saved.” It’s clear that Fleury owns the spaces she occupies and has her own desire and objectification under total control. Aranya Art Center is proud to introduce Sylvie Fleury’s practice in China at this moment when heated discussions around gender issues are reshaping our society.

Sylvie Fleury was born in 1961 in Geneva, where she continues to live and work. She has been the subject of important exhibitions in museums across the globe, including Guggenheim Museum, Bilbao (2021); Song Art Museum, Beijing (2019); Kunstraum Dornbirn, Austria (2019); Istituto Svizzero, Rome (2019); and Villa Stuck, Munich (2016). Fleury’s works have been acquired by prestigious institutions, such as the Museum of Modern Art, New York; Centre Pompidou, Paris; and the UBS Art Collection, Switzerland. Eternity Now, her monumental neon installation is on permanent display at the Bass Museum, Miami. In 2018, she was awarded Switzerland’s Prix Meret Oppenheim, and in 2015, she received the Société des Arts de Genève Prize.

Fabienne Stephan is the curator-at-large at Salon 94. She organized the group exhibitions Tiger, Tiger, Paul Clay and Transition Game, as well as solo shows of artists such as Marilyn Minter, Sylvie Fleury, Takuro Kuwata and Josep Grau-Garriga. Her most recent project is the 2021 the Niki de Saint Phalle exhibition Joy Revolution. She is currently at work on an exhibition of Françoise Gilot’s work.

Damien Zhang is the director of Aranya Art Center.